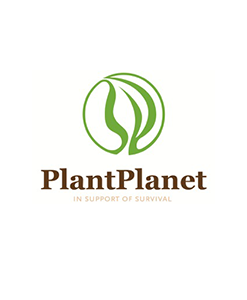 “Once upon a time…”, usually this is the begin of fairy tales with dragons and fairies, but it can also be the start of a fascinating and topical story about a house plant. So: once upon a time there was a plant that was end up in Hawaii millions of years ago. They grew on the steep volcanic slopes and adjusted itself in the course of that time all the way to the local conditions. A bug fell in love with this flower and developed an ever longer tongue to pollinate this beautiful flower. So, the plant also got a growing flower which was 15 cm in the end. In a normal fairy tale they would end happily ever after, but the reality is different…

When some people discovered Hawaii 1000 years ago and the first settled themselves, it was the beginning of a serious distortion of nature. The habitat of our bug was largely destroyed making it itself in the long run also is extinct. Without an insect that could take care of the pollination of the beautiful flower, there was no future for the Hawaii palm itself and the situation became critical. Without pollination and without seeds no descendants. In the glory years there were thousands of Hawaiian palms but the specie declined sharply and was reduced to just one wild plant in the early nineties. It was time to take some action. Scientists Ken Wood and Steve Perlmann have literally risked their lives by climbing to the last plants at a height of 2 kilometres on the perpendicular volcanic slopes rising from the sea. They have pollinated the latter plants and the seed harvested by hand. To these men we owe the existing of a rescue plan which cares for plants growing in  a reserve so that they can later be placed back into the wild.

Plant Planet got a few of these seeds and began a breeding program which ultimately selected a line that is also possible to have in the living room. Together with IUCN, the World Conservation Organization sold these plants and a large portion of the proceeds go back to Hawaii for the financing of the rescue program.

Meanwhile, this fascinating story is known all over the world. Television programs in many country paid attention to this unique story. On YouTube there are some videos of the rescue of the Brighamia, which is the official name of the plant. Fortunately there is a happy ending for the Hawaiian palm which live in thousands of living rooms, and therefore in its natural environment, happily ever after.